Can inmates in prison watch Netflix? You may come to this page to find out that information. Well, you are at the right page as here we are going to explain whether inmates can watch Netflix or not. Ensure you keep staying on this page.

Can inmates watch Netflix in prison?

No. The inmates do not have internet access, so Netflix or other streaming services are not available. However, we have information from someone who was incarcerated, they did have access to Netflix indirectly. Well, let us explain it. Netflix started out as a DVD by mail rental service where you could rent up to 3 DVDs at-a-time for about $8 a month. You would save all of the movies you liked and wanted to rent in your own Queue. When you returned your movies, automatically they would send you the next one in line. In fact, Netflix still offers this service today. The record department at the prison they were in had a Netflix DVD by mail account, and the inmates would request movies they would like to watch for the state movie. 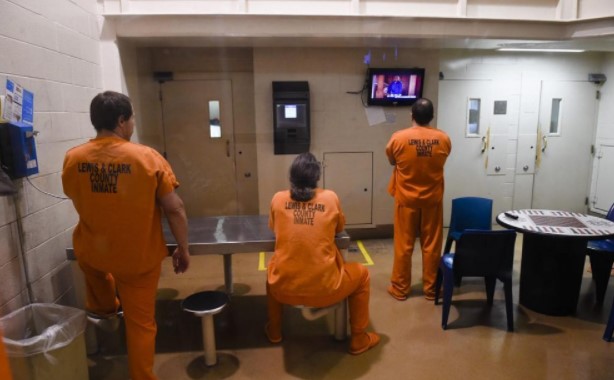 One of the channels on their cable was controlled by the prison. Each day they would play a state movie on repeat from noon to midnight. This was the only method the inmates could see a new release. There was a new movie every day. They had a movie committee to help select the titles each month. However, they were not allowed to watch R-rated movies, so only G, PG, and PG-13.

Can inmates watch TV in prison?

Yes. The inmates are able to watch TV in prison. How they watch TV, what they watch, and how much they watch is assigned by what facility they are in. Now, let us start with the feds. The inmates who are incarcerated in most federal facilities are not allowed to purchase personal TV’s for their cell, however they do have TVs in day rooms and recreation areas.

This will be able to cause some issues because not everyone will agree on what to watch, and that can lead to fights. Usually, OG inmates have control over the TV. They will make those decisions. In several of the maximum facilities and securities where the inmates are locked down most of the day, the inmates are allowed to have TVs in their jails. Those TVs are provided by the prison, not purchased by the inmates and will have BOP-controlled programming on it, like educational classes.

In most state facilities, the inmates are allowed to buy their own TV for their bunk. For example, there was a new inmate. The first thing he bought when he got to prison was a TV, and it was a 13-inch, clear flat screen which cost $179. The inmates were required to wear headphones when they watched their personal TVs. The prison provided local channels and limited basic cable. Also, there were TVs in the dayroom which inmates could watch if they did not have their own TVs.

Some of the most common fights we witnessed in prison were over the TV in the dayroom and during card games. As we know that the inmates were allowed to purchase personal TVs for their bunks. However, there was also one TV in the dayroom that people could watch if they could not afford their own. There was a controversy over who could control the dayroom TV. Usually, OG inmates had the power over the remote, and there were certain shows that they absolutely could not be missed.

Also, the phone line could cause serious fights as there were two to three phones on the wing for 100 inmates. Usually, as the inmate, you were limited to 15-minute phone calls. But if you did not see the person in front of you, you could end one call and start another. If there is a long line and other inmates have been waiting for hours, of course that could cause a serious fight.

Aside from that, the inmates also took spades very seriously. If you did not play the right card or were not paying attention to the game, it could cause absolute chaos. We never witnessed anyone get shanked, but we did see some serious screaming matches that ended with the inmates going to blows. When something like that would occur, it was always in the dayroom in front of the cameras, so the officers would break it.

What is the new prison table program?

For those who have a loved one who is currently incarcerated, you may be familiar with JPay which is a Florida-based company that provides electronic services to inmates and their families. JPay is a service that offers you to send money and emails to your incarcerated loved one. Also, some facilities allow JPay to offer video visitation.

The correctional facilities which contract with JPay have kiosks in the common spaces in prisons where the inmates are able to check their inmate account balance and purchase commissary items and phones. Now, the company has introduced tablets. There are many prisons that have started offering inmates and their families the chance to purchase one for a variety of different purposes. Usually, the tablets are not WiFi-enabled, but they are able to sync with the kiosk to purchase, preview and download songs and other media contents.

The inmates who have tablets will be able to listen to music and audio books, play games which they have purchased, view photos and videos, read and write emails, access the educational materials, rent movies and read the daily news. For your information, the services available on the tablets vary depending on the facility. So, even though the inmates do not have access to Netflix, the inmates are able to purchase tablets where they are able to watch movies. Of course, the JPay Tablet is not cheap. For your information, JPay provides three tablet models: JP6S, JP5S and JP5S tablets.

Is There WiFi in Jail?
The inmates are able to receive email